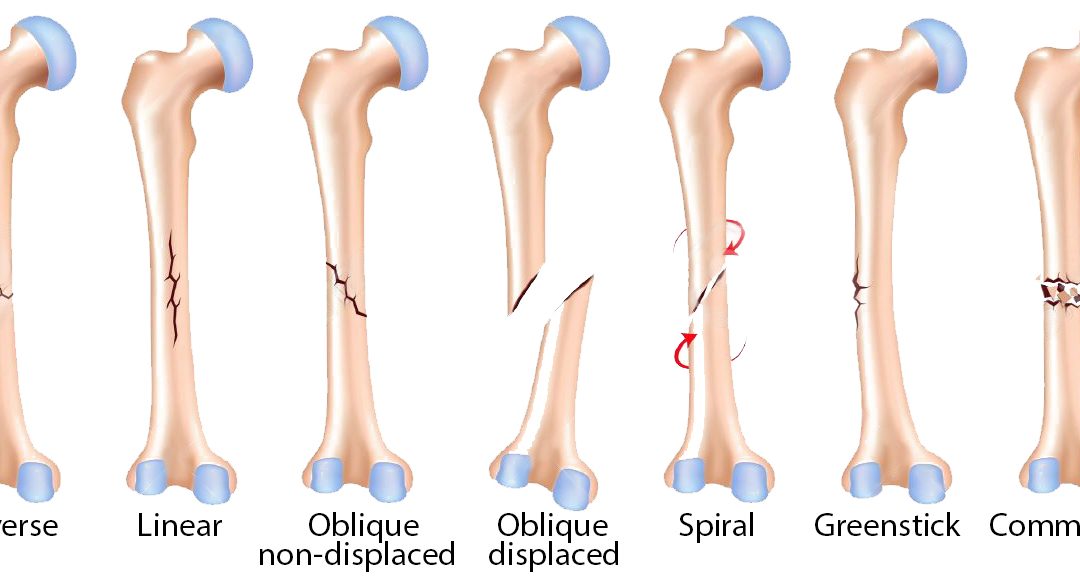 The image above illustrates the various types of fractures that can occur.  The terms “Compound Fracture” is used to describe a fracture that breaks through the skin resulting in an open wound or also called an “Open fracture”.  Many displaced fractures, meaning the two ends of the bone do not align, are Compound fractures.  The term “Simple fracture” refers to fractures that are “closed” or do not penetrate through the skin.  The terms in the image above are used to describe the fracture line which can help in the repair or treatment when realigning.  Generally, the fracture line dictates the linen of drive of the force applied to the bone to cause the injury.  For example, the first image shows a transverse fracture.  The force to break the bone in this manner would likely be directed perpendicular to the bone shaft.  Whereas the third picture would require the force to be directed on an angle to the bone.  Spiral fractures typically occur with a twisting motion, ie. a planted foot that is pivoted too forcefully.  Greenstick fratures occur in younger patients where there bones are softer and can bend to some degree.  The bone fractures at the top of the bend. 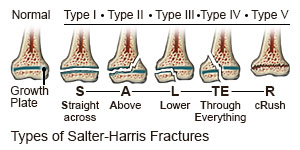